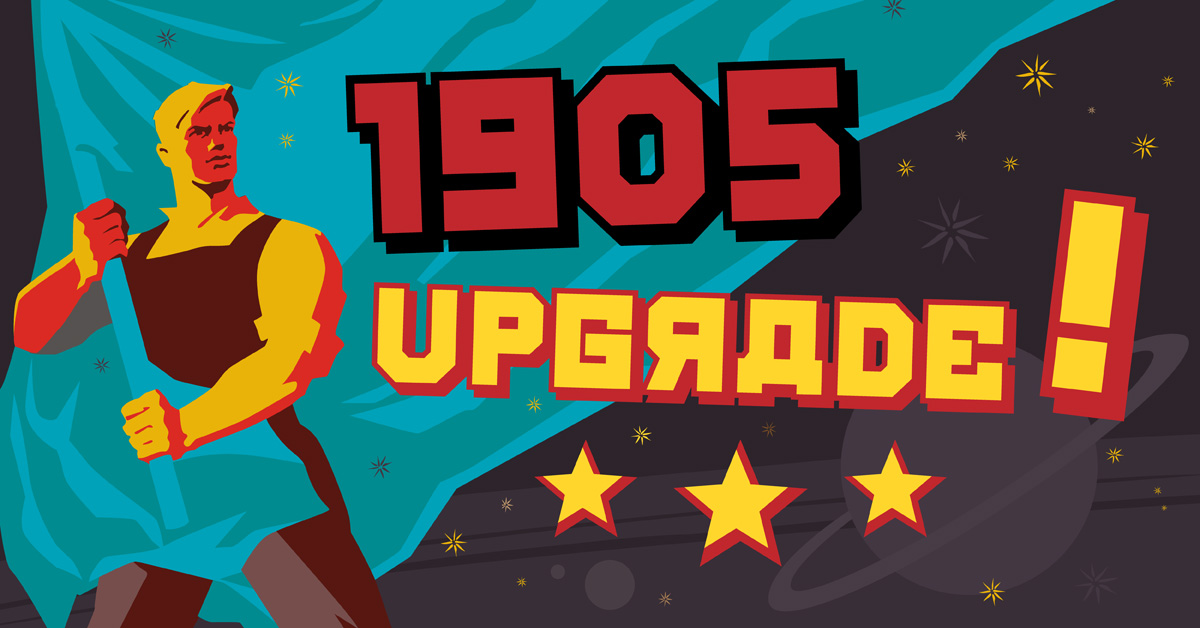 The new version of SAP Commerce has hit the market. Can the 1905 release be as important for the e-commerce market as the 1905 revolution was for Russia and the world?

From a functional perspective, the main changes introduced by the 1905 release have been made in SmartEdit, and in the Promotions and Rules Engine. Below we summarize all features that have been added or enhanced, and that might be interesting to include in new or ongoing projects.

When accessing SmartEdit, the first difference noticeable is the application re-design. The visual changes that were implemented in the 1811 release for Backoffice and Backoffice PCM have now also been applied to SmartEdit. This not only provides a homogeneous look-and-feel, more space has also been created, making room for new functionality, such as the page status and workflow. In addition to that, the introduction of the navigation bar has added some convenience for the user, who can now navigate between site, page, navigation and storefront without having to return to the site first. 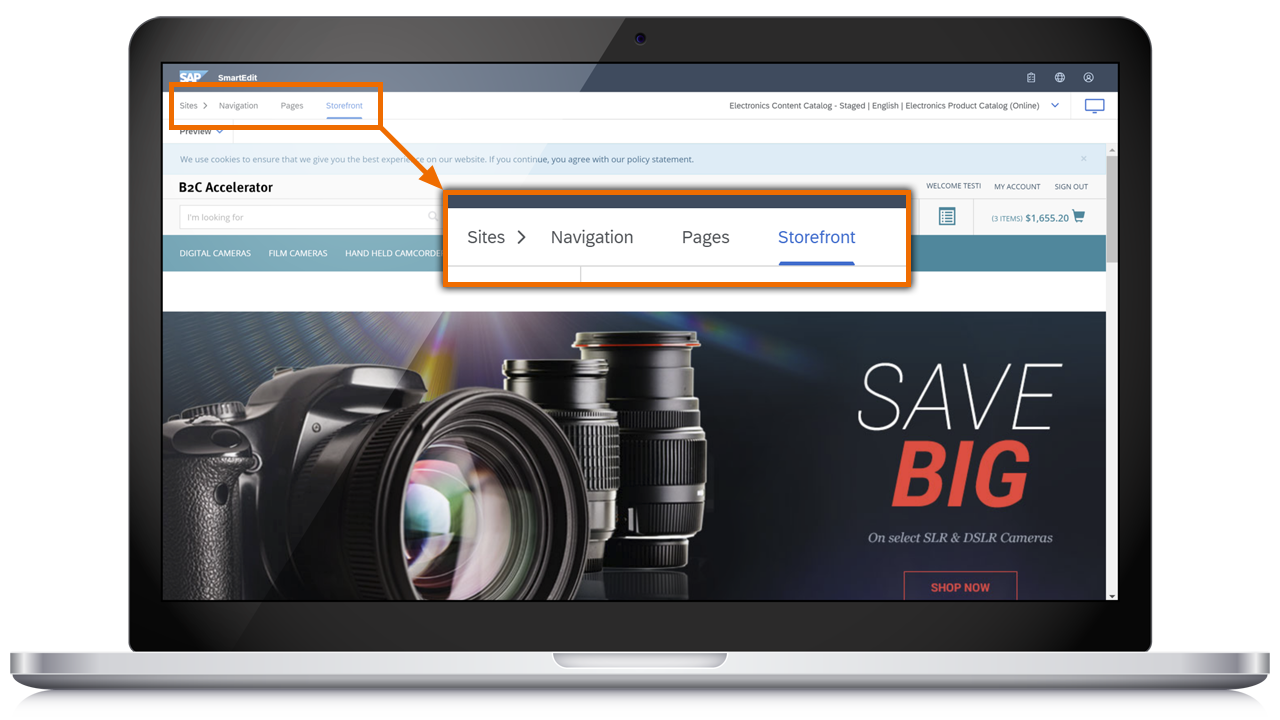 It all begins with the business user making changes and starting the workflow. From there it is very straightforward and the whole flow is self-explanatory, which makes it a really nice feature to work with. Whoever is next in the workflow receives a notification and can review, approve or decline the changes until the final approval has been given and the page is automatically synchronized from staged to online and the changes become visible. While the page is moving through the approval process, its status also changes accordingly. 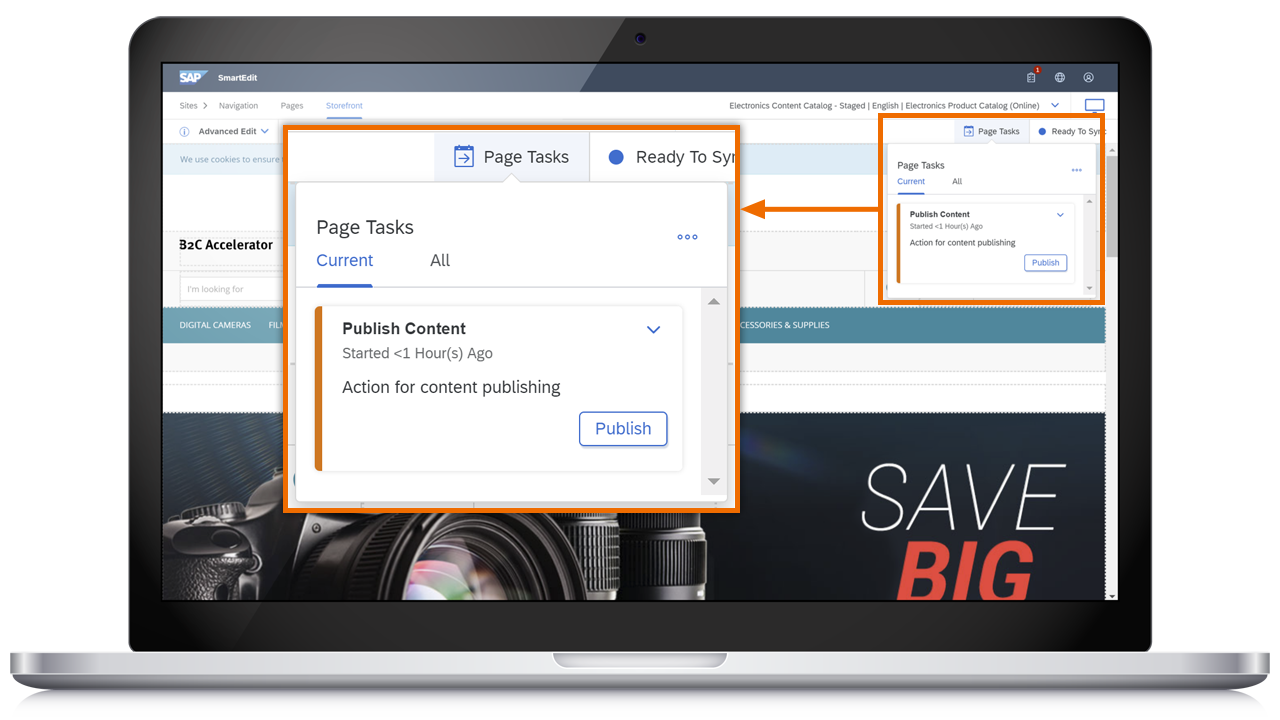 All in all a great, intuitive addition to a smart module.

The page status functionality complements the introduction of workflows in SmartEdit, but also works on its own. Page status management sets pages that are being worked on in a “draft” state. All pages that are in a “draft” state are subsequently excluded from synchronisations. This prevents pages being synchronised to the online catalogue while work is still being done on them. 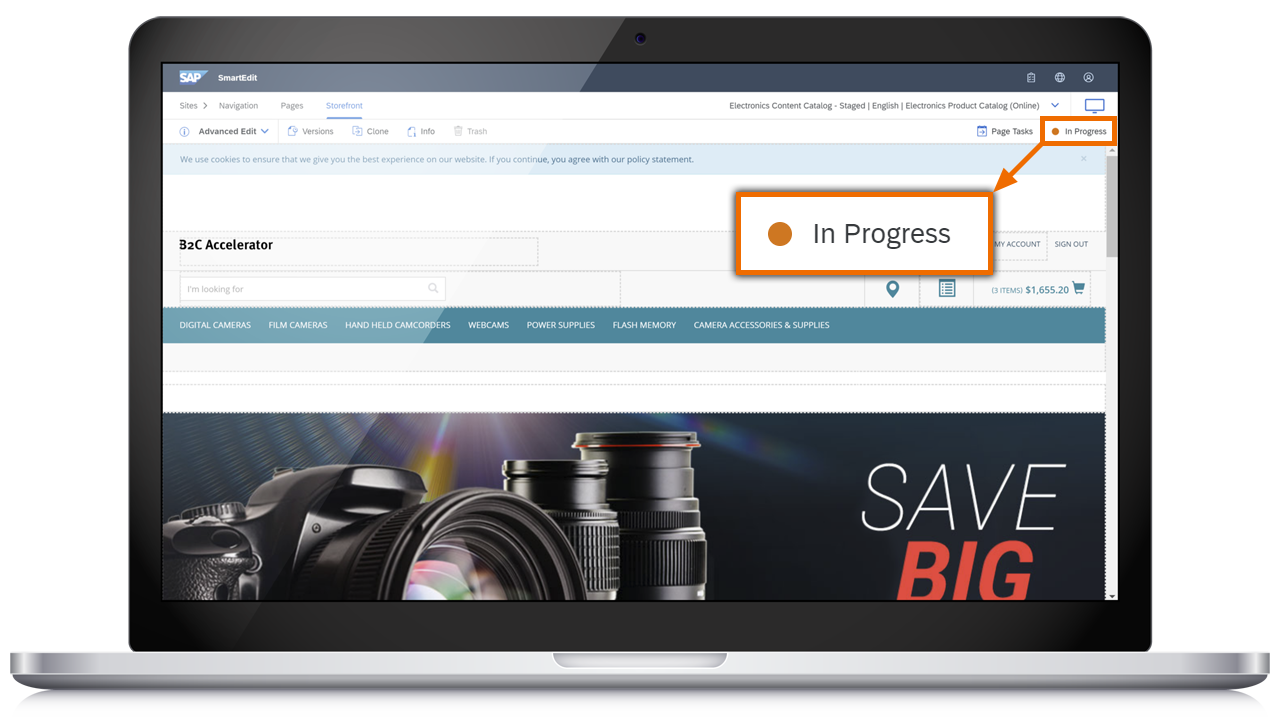 In projects, multiple users often work in the CMS Cockpit or in SmartEdit simultaneously, and manual synchronisations are carried out frequently. With page status management, this will in future cause no issues regarding the synchronisation of content that is still being worked on.

With the inclusion of transactional email support in SmartEdit, the functionality of business user friendly email management has been moved from the CMS Cockpit to SmartEdit. This further completes the transfer of existing CMS Cockpit functionality to SmartEdit. The concept remains the same: A velocity template is created by the developer, and the business user can access emails and add / edit the email templates such as text, banners or images, for marketing purposes, etc. In a project example, the business user could add promotional banners (e.g. for a summer sale) to the confirmation email, without having to involve a developer. 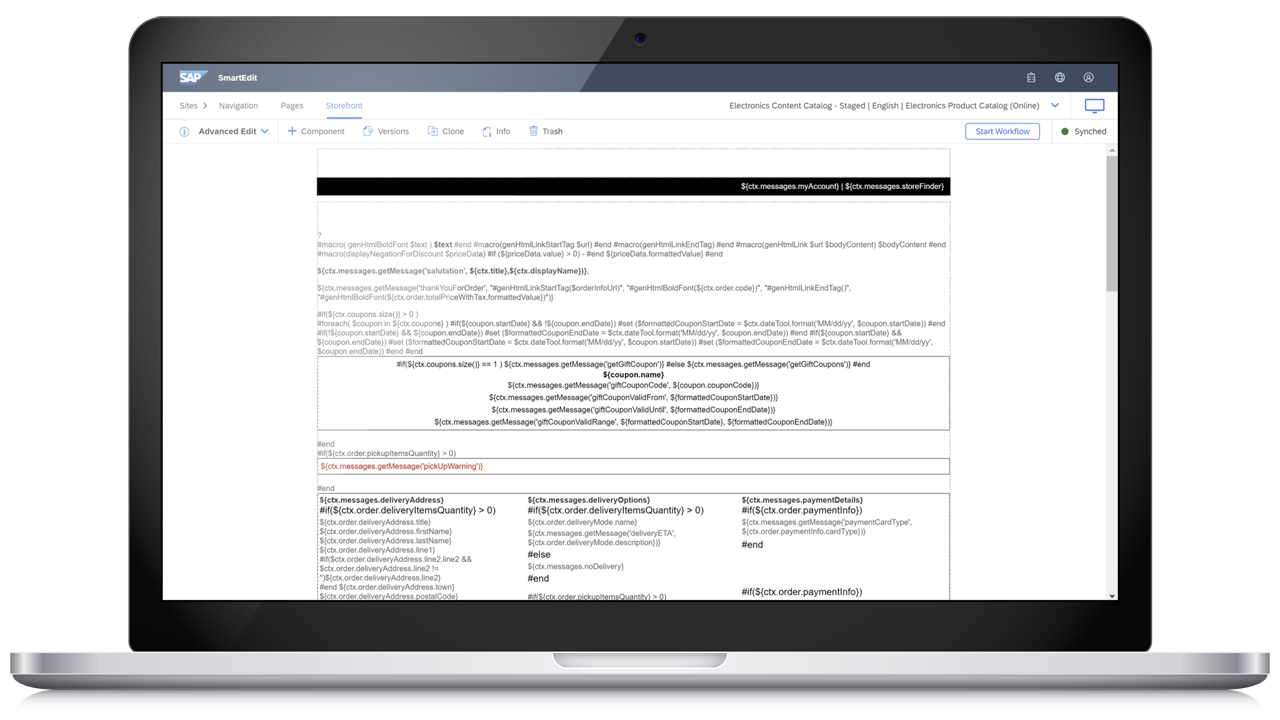 The Promotions and Rules Engine

Aside from the evolution of SmartEdit in the 1905 release, extensions to the Promotions and Rules Engine have also been introduced. These include disabling order entry consumption, which in a nutshell enables the customer to receive discounts on discounts when purchasing through the webshop. The ‘Most Expensive’ selection strategy includes the most expensive products in the cart in a bundle promotion, and the Maintenance CronJob cleans up prior or unpublished versions of rules, and contributes to an improved overview of rules in the Backoffice.

The platform now provides SSO for backend applications, and an Administration Console is included in this release.

SAP Commerce 1905 contains a number of interesting technical changes. Below we list notable modifications and those that could potentially affect existing projects when migrating the platform to 1905.

1905 is the recommended version for use with Spartacus. Spartacus is a Javascript-based storefront that is in active development by SAP and uses a different approach to the front end than the regular Accelerator (JSP/jQuery). It is based on Angular (currently on version 8) and uses REST APIs to communicate with the platform. One of the interesting features of Spartacus is that it uses the WCMS data model to represent the layout and content of the storefront. In other words, a storefront based on Spartacus can be managed by business users with the CMS cockpit. In addition, version 1905 brings SmartEdit compatibility for Spartacus-based websites.

Spartacus has made very quick progress in the last 6-8 months and is becoming a viable option when deciding on a front end technology and an approach to the UI/UX aspect for projects.

The Third-Party Compatibility page of the SAP Help Portal for version 1905 now lists only 11 as a supported Java version. Indeed, the platform can now be built using JDK 11, including the Installer component. This directly impacts migration, as all environments should be updated to JDK 11 and regression tested.

We also noticed that as of now not all parts of the SAP Help Portal documentation for version 1905 are updated to refer to JDK 11. For example, the “Getting Started” section still refers to JDK 8. There is also an article about SAP JVM 7 referring to compatibility with Java 7.

Newer database versions are now supported through their respective JDBC drivers. This allows you to make use of new database-level features.

The platform now includes a new Ant target—”Gradle”—which generates Gradle build files that represent the structure of the platform based on the project-specific configuration in localextensions.xml. This is very useful for consistent project imports into an IDE—both Intellij and Eclipse can import the project based on its Gradle representation, which can be used to provide a simplified and less error-prone development environment setup.

In addition, the generated Gradle files are able to run JUnit tests; something that was often problematic in the past.

There is no default password for the admin account anymore (“nimda” in the past). It needs to be explicitly specified before system initialization.

The 1905 Revolution did not change the world fundamentally, but it did lay a strong foundation for a tornado of history in 1917. Will that be the case for an e-commerce world with the next versions of SAP Commerce? We’ll see 🙂